Good to hear he was rumoured to be angry at being behind Triggs.
"It was Mrs O'Leary's cow"
Daniel Sullivan
Top

Jack Dunne is an Ent. 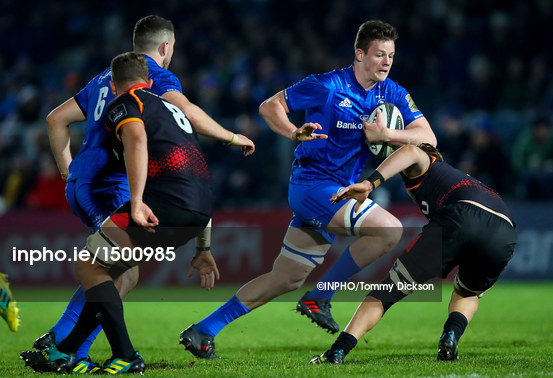 Baobab would be good.
Datta: what have we given?
My friend, blood shaking my heart
The awful daring of a moment's surrender
Which an age of prudence can never retract
What the thunder said to Brian Lenihan
Top 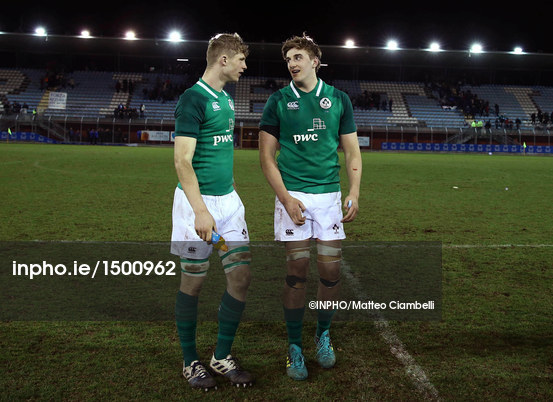 Fardy has signed on for another year according to Cian Tracey. Great news.

2nd row options, age as of start of next season

Ryan Baird showed some serious power/athleticism off the bench for the 20's last weekend: 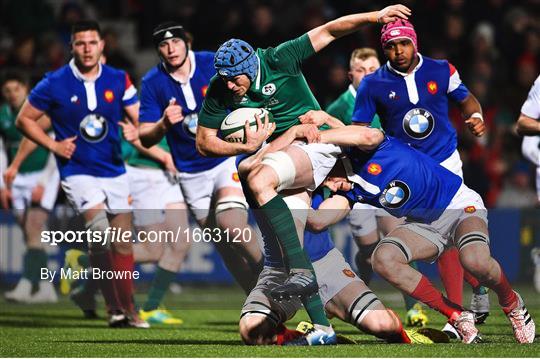 mildlyinterested wrote:Ryan Baird showed some serious power/athleticism off the bench for the 20's last weekend:

Between James Ryan, Ross Molony, Jack Dunne, Charlie Ryan and Ryan Baird [too many Ryans], we look like we are set up for the next decade at second row. We'll have the luxury of only having to bring the best second row from a 2-3 year window into the academy, not bringing in guys with the hope that they'll turn out good after 4 years.

Not often I'd make such a ludicrous prediction as that, but I don't think I've even seen such a glut of home-grown talent in the row for Leinster before ... even when Big Mal, Leo and Bob Casey were around together. Munster were able to hold on to O'Connell, O'Callaghan, O'Driscoll and Ryan for a very long time together, so I think it's achievable to keep a strong cadre together for a while, even if they are close in age.

Charlie Ryan has really come good this year: that second year in the Sub-Academy has stood to him. I think he's in the same solid-but-unspectacular mould as Ross Molony, but that's not an issue for me. Not everybody can be James Ryan. From everything I've heard, Baird is a super, super athlete ... jumping out of the gym in terms of his explosiveness. Very positive about Dunne as well, a big unit who has a really impressive engine [and obviously a galaxy-sized brain]. It's a strange turn of events from the pretty long period where we couldn't seem to bring any second rows to the boil between Toner and Molony.
http://dementedmole.wordpress.com/
Top

Charlie Ryan's around 6'7'' tall, isn't he? That's a bit of an advantage over Molony.
Top

leinsterforever wrote:Charlie Ryan's around 6'7'' tall, isn't he? That's a bit of an advantage over Molony.

Advantage in regards to? him being able to carry more weight?

Ryan is a TH lock, Molony plays on the other side.

Beirne is a warning about not being patient in that position. He's also older than Molony.

Our squad age profile NEEDS more than 1 of these guys to break into the squad by the season after next. And more after that.

Too early to worry about holding onto them
Top

If James Ryan is 108kg then I'm Brad Pitt
Top

although he is very lean compared to most top class 2nd rows.
Top

Is Dowling not also part of that cohort and if so, de we need another 2nd row in the Academy right now?
Top

yes leinster should bring the Ireland u20 captain into the academy.

not sure what to make of Dowling's Leinster future, I wouldn't put him in that group of locks as his more of a blindside/lock.
Top

mildlyinterested wrote:yes leinster should bring the Ireland u20 captain into the academy.

not sure what to make of Dowling's Leinster future, I wouldn't put him in that group of locks as his more of a blindside/lock.

Being the U20 Captain (post Hawkshaw) is not a criterion for Academy entry. We already have 5 second rows aged sub-25, Soroka will be another off the rank within 2 years. How many is too many?

Dowling is listed as a lock but has played 19 & 20 for Leinster this season.
Top

Of course it is, his performance for the 20's and captaining the 20's make him a standout candidate for an academy place.